At the beginning of the year, I went through a cowl moment. I could not stop knitting cowls! I ended up starting five, and finishing three. The other two weren’t turning out how I wanted, so I will live, learn, and rip  those two out. Cowls, infinity scarves…whatever you want to call them…are some of the most relaxing knitting a person can do. You cast on, join, and go round and round. They’re a great stash buster, and go quicker than scarves, in my opinion. In fact, I don’t know why I was knitting these AFTER the holidays instead of before, but that’s another story. The only thing I would point out to anyone making them for the first time is that you should think carefully about where you want the cowl to fall. If you cast on too many stitches, it will end up falling below your navel, and if you don’t cast on enough, then you end up with a choker instead of a cowl. Below, the finished pieces.

For a dear friend: 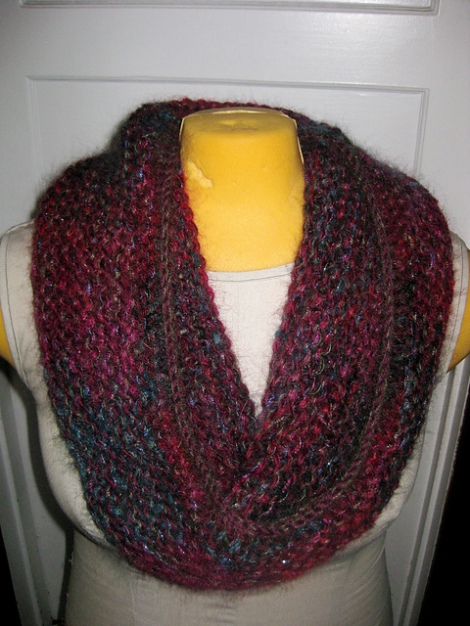 4 thoughts on “Round and Round”